When I moved back to the Seattle area from Philadelphia I started riding a prominent Seattle commuter train several times a week. After the first few weeks of commuting I was surprised by how infrequently I saw Seattle ticket enforcement officers. I’ve always paid my fare (and plan to continue doing so because trains are awesome and I support public transit), but I started to wonder, if I were a perfectly rational, amoral decision maker and didn’t care about public transit would I still pay? 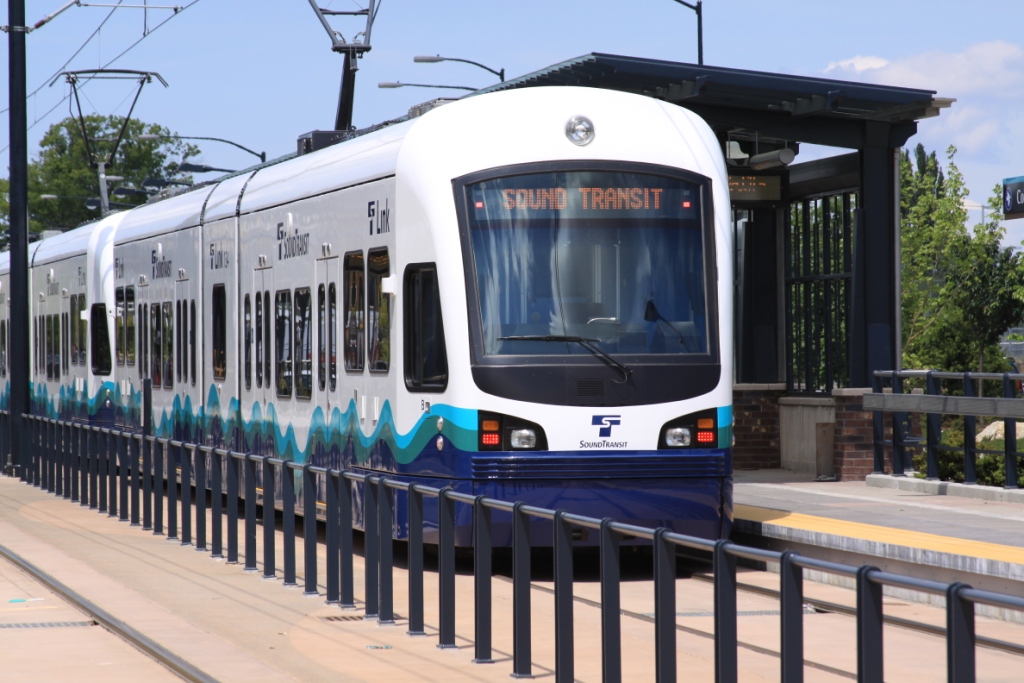 Let’s imagine we have a morally ambivalent person who is taking the same route as I do and rides the same train.

Charles doesn’t care about public transportation at all. He just wants to know if he should bother to pay for his ticket from the perspective of the potential consequences.

Because of this Charles asks a few basic questions.

He also makes the assumption that the timing and locations that ticket enforcement appears should be roughly equivalent to my experience.

The answer to the first question is simple: 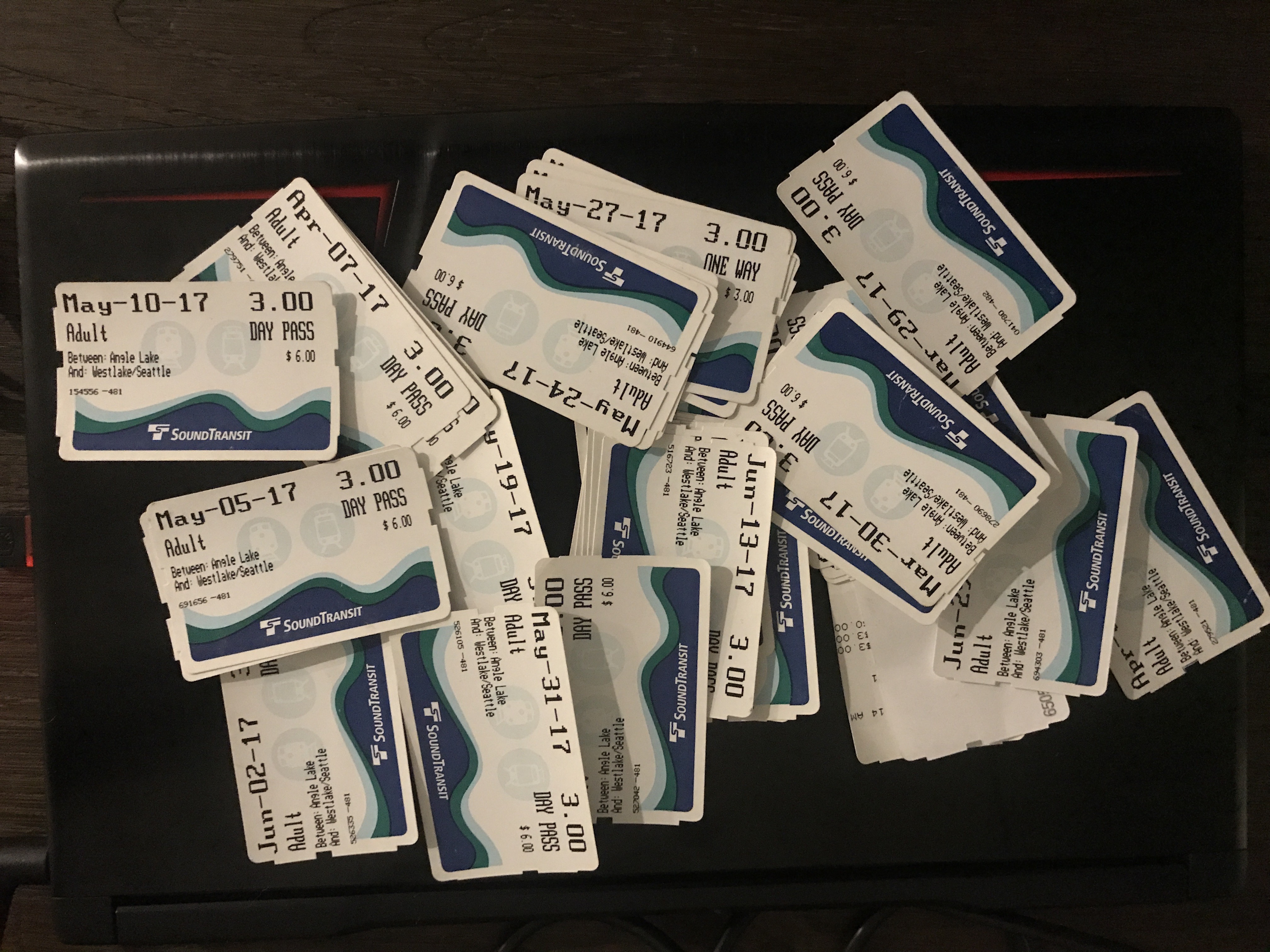 Because I kept every pass I ever purchased I know that I rode the train to and from work exactly 37 times.

I also know that over the course of all those rides I’ve been checked by ticket enforcement exactly three times. Two of those times were outside the normal hours of a work commute.

With this highly-scientific sampling I know there’s about an 8% chance of being pulled aside by ticket enforcement. Or, put a different way, that for about every 12 all-day tickets I’ll probably get pulled aside.

Now for the consequences, according to an almost decade-old article the penalty for being caught is at least $124.

Well, 12 days of rides only costs me about $78 so it’s starting to look like fare-dodging is probably a bad idea.

But, Charles says, that’s just because I occasionally rode at non-standard commute times - Around happy hours when drunk folks are probably thinking they can get away without paying for the light rail (and fare enforcement knows that). I was only ever asked once during my normal commute. What do the odds look like when you split this out?

Well, my non-standard commute was probably only four evenings after happy hours. The fact that I was stopped twice on those rides is probably just coincidence. While it certainly seems like two of four times is a pretty aggressive ratio - given the sample size let’s just ignore this.

I must have commuted during standard hours 33 times. During those times I was checked only once. So now we have a model which Charles seems more interested in. In this model he can assume that for about every 33 tickets he would have purchased he will probably get caught.

So in this optimistic case it seems like for every $107.25 we could save we’d probably end up getting caught and paying an $124 fee. Unfortunately for Charles it doesn’t seem like this would be a logical way to save a few bucks.

Obviously our sample is a little bit warped here, but overall this makes sense. The light has to maintain this sort of equilibrium in order to make sure people do not start doing this.

There is a lot of interesting information on interesting analysis that comes up when trying to determine how many fare enforcement officers to employ to maintain a beneficial equilibrium. As it stands I think commuters far prefer this sort of enforcement because it speeds up wait times significantly when compared to turnstyle enforcement and is safer at stops where turnstyles might prompt fare-dodgers to walk into the street to get to the train platform.

I’ve since moved somewhere else within the greater Seattle area and left Charles to fend for himself. From having to ride the bus into town occasionally I’ve also re-realized that trains are by far the better form of transit - so please, please, don’t be a fare-dodger.