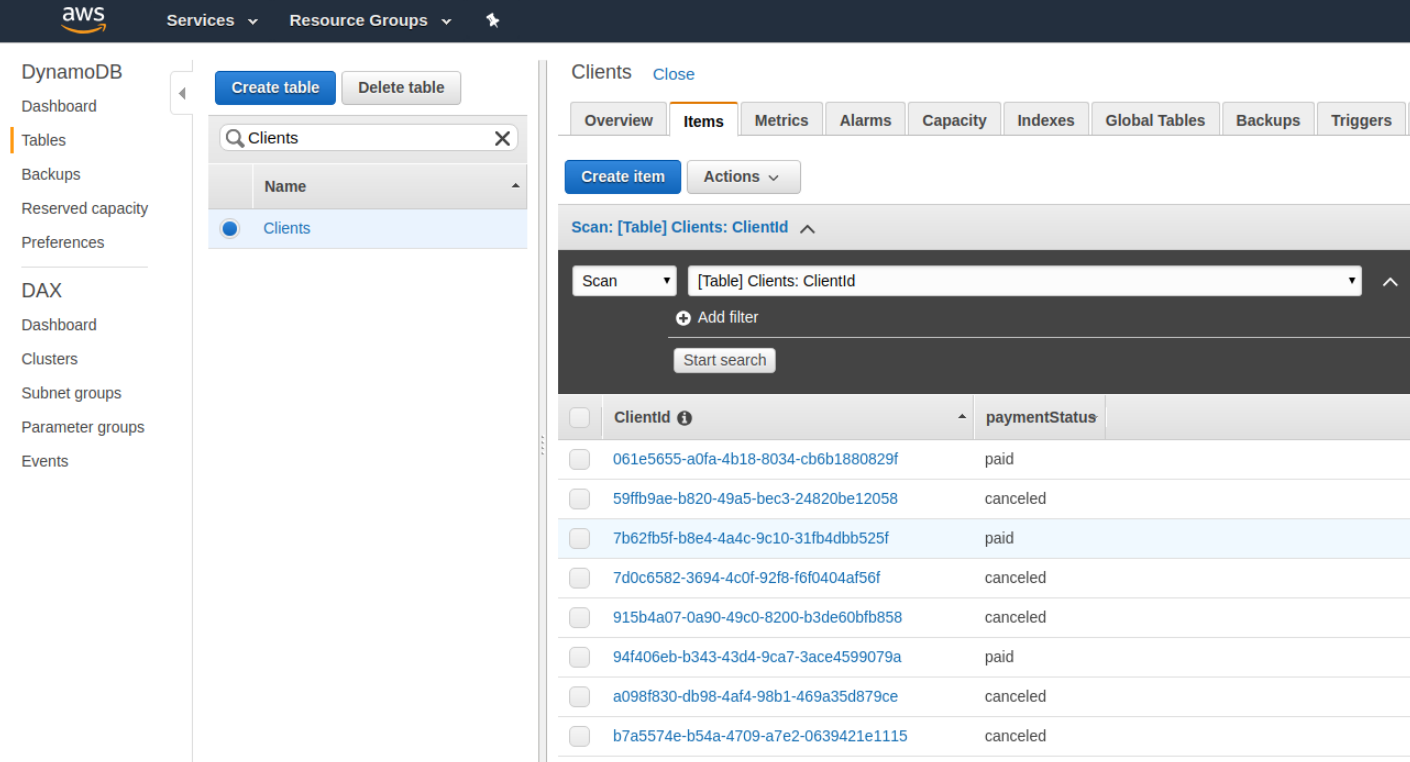 Like my blog? Help me write more often by signing up for a free trial of Pluralsight and taking my courses on DynamoDB!

I regularly see questions related to the various bits of terminology surrounding DynamoDB. Specifically, questions always come up related to Primary Keys, Partition Keys, Sort Keys, and a bunch of the other names and types of each of them. I wanted to do my best to describe what each of these terms means and how they relate to one another.

I’ll assume a little bit of DynamoDB knowledge going into this post. If you’d like to dive into this yourself I’d suggest getting started with the DynamoDB Developer Guide. So let’s get started breaking apart all the jargon involved with AWS’s Managed NoSQL offering.

The first thing you need to know about DynamoDB is that it starts at the level of a table. There’s no database, no instance, and no SSH credentials you need to worry about. You’re interacting with the AWS table resource you create through HTTP APIs either through the AWS Console, the AWS SDKs or the AWS CLI.

Inside the tables are items. These items are similar to rows in RDBMS systems and can contain one or many different values the same way a row might.

Those values inside of the items? Those are called attributes and can be several different data types (that you can look at more here).

So tables contain items which contain attributes. Got it? Awesome!

Don’t know yet? Here’s a visualization that I hope will help. You can also refer back to it from the next sections too! 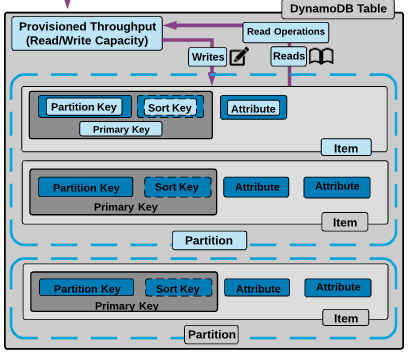 Primary keys and their ilk

So now that we we know how the building blocks of DynamoDB tables are formed how do we actually differentiate between these items in a table? Where that’s where primary keys come in.

Now, the key difference (pun intentional) between DynamoDB and some other systems, is that the table’s items will each have a unique primary key. You can’t change an item’s primary key - it is literally used to differentiate the item from another. You also can’t have two items with the same primary key. Whenever you’re writing a new item in a table - it needs a unique primary key. Otherwise you’ll just end up changing an existing item.

So what is a primary key? Well, it’s just an attribute (or two!) that you select when creating the table.

But hold on, I said we could also have two attributes in a primary key. For example, maybe we have a comments table that we want to use to record information about social media posts. We might have a post_id and a timestamp make up the primary key and each of these items might be a particular comment by some user on some post. This would be a “composite primary key”.

Well why might we do this? Let’s take a closer look at that by looking at what the attributes inside these primary keys are called and what they’re used for.

First off, I’ll admit that the naming convention here is more than a bit confusing for beginners. Stay with me!

Hopefully, this helps clear up a lot of confusion I frequently see around this terminology.

Still finding something confusing? Totally understandable. Ask about it in the comments below and I’ll update this post to help future readers.